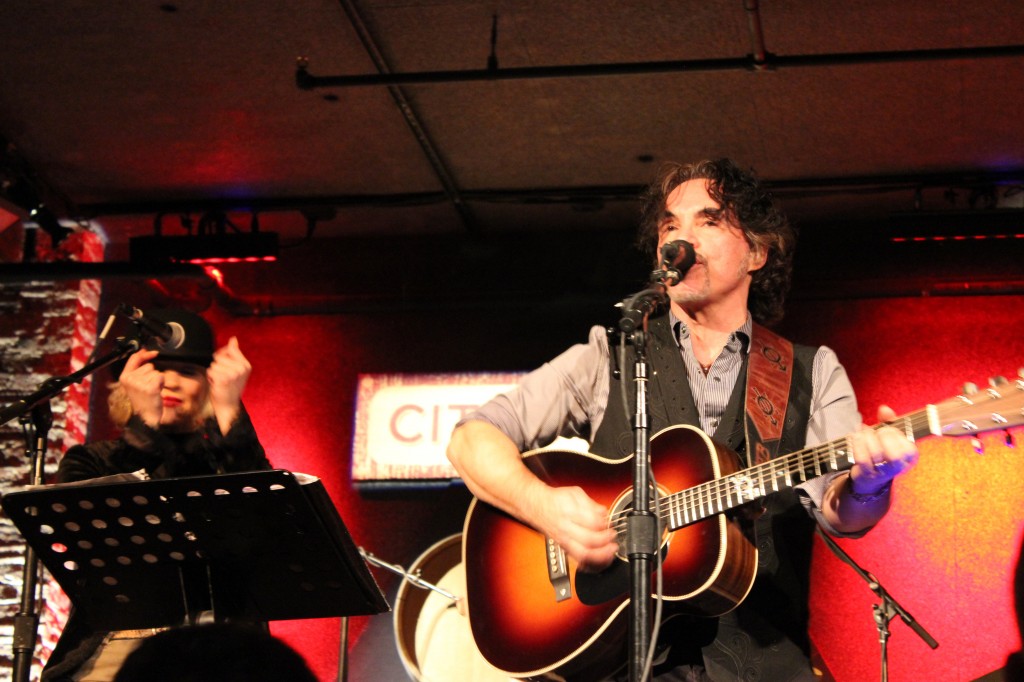 Last year, Oates released a three-EP set called Good Road to Follow, and the new DVD/CD is a one-take studio recorded show of many of the songs from that set, as well as a few other chestnuts, and interviews.

The night began with Oates taking the stage alone and playing a song from his distant past, an old blues standard by Mississippi John Hurt, called “Stack O’Lee.” In a recent interview John told the story of the night the DVD was recorded, and this was the final song of the night. After a 12-13 hour day, John and his engineer were alone in the studio and Oates just couldn’t get his fingers to play the song. The engineer suggested a break and some espresso; John thought vodka was a better choice. A compromise that included both was the answer, and the song was recorded in one take. There was no such problem this night, as Oates easily picked his way through the old classic.

After bringing the band onstage, there was a quick toast with a little wine supplied by the venue, as the winery celebrated serving their millionth glass of wine.

“Drive,” was funky blues from the start, with John sharing the spotlight, as he would all evening, with the wildly fun and talented Bekka Bramlett, daughter of Delaney and Bonnie Bramlett. Singing since she could walk, Bekka Bramlett at times was the perfect complement to Oates’ vocals, while at other times she pushed it through the roof as Oates watched with delight.

After “Pushing A Rock Uphill,” a soulful song of struggle, it was time. Oates said the crowd was very polite for a NY audience, and they would be rewarded. Oates told the story of how one of Hall & Oates biggest hits came about. Time to bring out the blues and funk, drop the pop, and you have a totally reworked version of “Maneater.” He kept the H&O vibe going through a couple of Abandoned Luncheonette tunes, with “Camellia” from their first album. 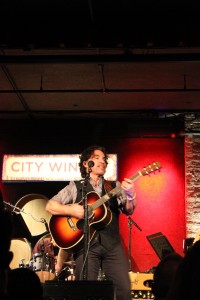 Oates style is laid back and personable. He interacts well with the audience and physically, the years suit him. Gone is the big hair and big mustache. They’ve been replaced by a naturalness in both his look and his sound. The Blues-Roots-Americana direction he’s taken seems to fit him well. He’s comfortable as a storyteller, but can still move from this newer sound right back to the pop hits.

The reworked arrangement of “Out Of Touch,” with Bekka’s strong backing, was inspired; leaving everything that was great about the song, but with a different rhythm that makes it relevant to his present sound.

John Oates spends a lot of time in Nashville, and if you’re a songwriter, well, you’re gonna get together with a lot of writers and do what comes naturally. Jim Lauderdale is one of the writers John Oates has written songs with, including “When Caroline Comes Home Again.” An acoustic guitar is all he needed to let the story be told. As the song ended someone in the crowd yelled “that was beautiful.” And it was.

The beauty continued as John brought Bekka out for a song of her choosing while he accompanied her on guitar. The song was an old classic by Skeeter Davis from the early 60s called “The End Of The World.” While John’s backup singer for the night belted out a ballad which was clearly a hit before a good percentage of the people in the room were born, you could hear a pin drop. Bekka offered the power and the passion, and New York City respectfully received the gift.

Bringing back the band, Oates treated the crowd to a bluesy rockin’ version of the title song from his 2012 album, Mississippi Mile. A treat to hear live.

“Close” is the first single off the new DVD, also co-written with Jim Lauderdale, and with John and Bekka vocally playing against each other, it’s an intimate, sensual song, that pulls you into its rhythm.

Throughout the night, Oates seamlessly mixed old with new, solo with H&O, never drifting away from his influences. One of his major influences Curtis Mayfield, was represented with the always enjoyable “It’s Alright.” With just a little urging from Oates, the crowd jumped in for a little audience participation before giving way to a little jam from the band: Shane Theriot (guitar), Kevin McKendree (keys), John Michel (drums), and Mike Jude (bass). 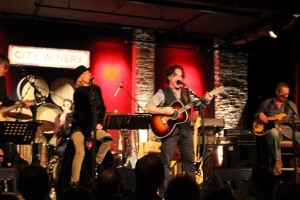 Calling the final song of the set one his and Hall’s defining moments and one that “stands the test of time,” the opening notes of “She’s Gone,” raised the excitement level in the room up a notch. Not straying too far from the original arrangement, but using more of the R&B feel, it did not disappoint.

Coming out for the encore, John Oates brought along an old friend to help close out the night. Porter Carroll from the H&O band added an extra dimension as he provided lead on a verse and backing on “You Make My Dreams Come True,” where the arrangement moved through pop to jazz and even some gospel.

Ending the night by going back to the roots of rock & roll, it seemed fitting to pull out Chuck Berry’s “Let It Rock.”

For the first night of his tour Oates seemed to have it together, and having as much fun as the crowd who came to see him. The set list is a tasty brew, mixing sweet and spicy, along with some salt thrown in to heighten the senses. Songs that are unfamiliar are every bit as enjoyable as those hits we know so well.

The music of John Oates has always been a good road to follow. He’s called this DVD/CD/Tour Another Good Road. It surely is.

Lose It In Louisiana

Had I known You Better

This Is The Life

The End Of The World

You Make My Dreams Come True