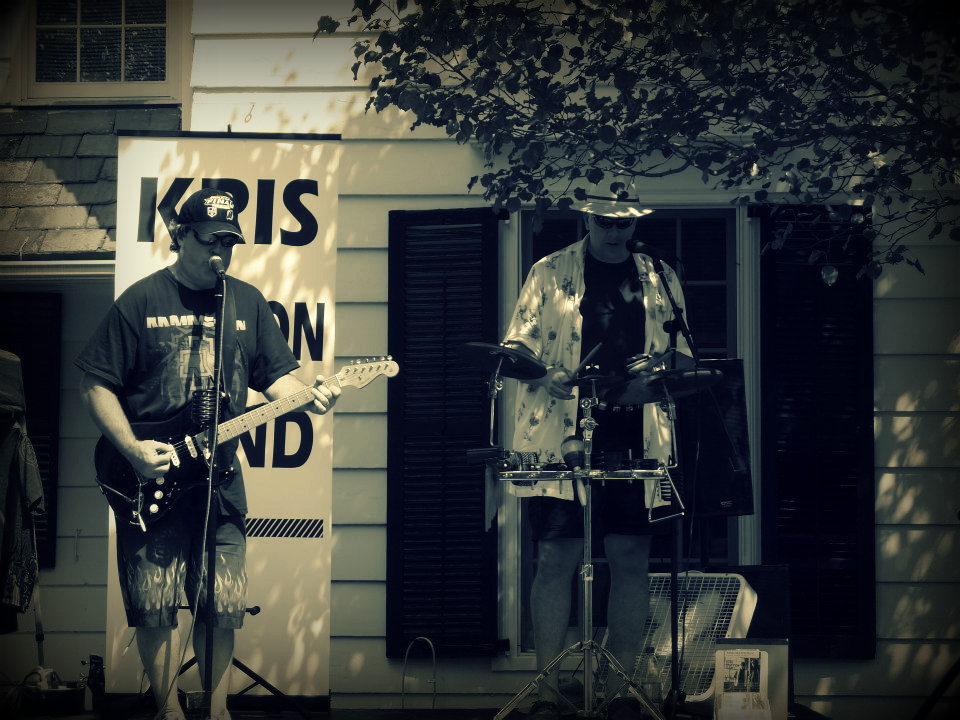 Kris Heaton should win an award for the most apropos album title of the year.

The album begins with the anthem-like “Who Let The Bullets Fly.”  It’s got a punchy melody, the type of song that seems like a call to arms or a gathering of souls. The song has earned a 2017 Akademia Music Award for “Best Rock Song.”

The title song gives off an ominous feel. The music fits well within that frame and the lyrics offer a cautionary tale. “World Gone Mad.” Yes, it truly has.

“When We Danced” gives the album a lift musically. A song of lost love and fond memories. We’ve all been there and the feelings easily come flooding back. Kris Heaton has had some comparisons to Springsteen and this song in particular is reminiscent of “Bobby Jean” off the Born in the USA album.

“I Want You” is a song of raw passion. You can hear it in the vocals, you can feel the heat in the guitar. Kris Heaton uses his gravelly voice as a plea, his desire pouring out. Fiery guitar work fuels the flames. 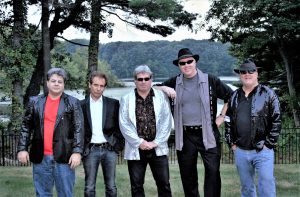 Just to cool things down a bit, Heaton next offers “When The Sun Goes Down.” It’s a laid back song of longing but with more of a romantic edge than the heat of “I Want You.”

Is that a little reggae beat you hear in “The Moment?” Yes, yes it is. The beat jumps in and out as it blends with a little rock to create an interesting tune. The easy going feel of the reggae beat contrasts with the driving rock sound. It creates a little yin and yang in a song about living in the moment.

“One Thin Line” finds its sound somewhere between roots, Americana, and gospel. It’s slow and mournful with Heaton alternating between a talking style and singing a hymn. It’s easy to call it honest music, and it’s well done.

“Way Of The World” explores global problems and offers the pleas to “save our world.” There’s a changing melody and deep feel to the song. Starting with some intricate vocal sounds, it brings in a rock sound before again sliding to a gospel feel.

The album ends with “Better World,” a song where Heaton tries to solve all the problems of the world. There’s an orchestral feel to it and brings in female vocals and a bit of spoken word. Maybe the world has gone mad, but Kris Heaton still sees the possibilities.

World Gone Mad is the fourth album by the Kris Heaton Band. A Connecticut native, Heaton has opened for artists such as: Stevie Ray Vaughn, Greg Allman, Leon Russell, The Romantics and Molly Hatchet. He appeared on Star Search and toured for eight years with his former band, Control Group.

World Gone Mad is a collection of twelve songs. The album has a flow to it that makes it an easy listen. Heaton’s vocals are raspy and uneven, but packed with the emotion that drives the overall feel of the album. 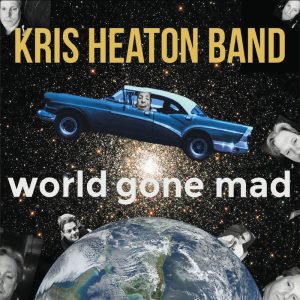