6 Bands That Changed The Business Of Music

6 Bands That Changed The Business Of Music 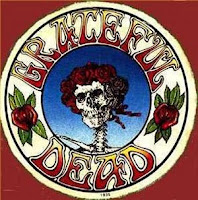 Inc. recently ran an interesting article about the iconic bands that changed the business of music. Yes, they all influenced music to a great degree, but most overlook their moneymaking abilities and how their actions improved the lot for all that came afterwards. Let’s look at them:

Led Zeppelin
Major change: Zeppelin shifted the balance of power from the concert promoter to the act. They were the first ones to negotiate a deal to take 90% of the gate.

The Rolling Stones
Major change: The Stones were the first major group to pay for their own recordings, then lease the master to the record label. This allowed them to retain ownership of their copyrights for future licensing deals.
Major change 2: Their lips and tongue logo became a classic brand identifier.

KISS
Major change: Kiss took merchandise and licensing to a new level, eventually licensing over 3,000 product categories. This is a common tactic for artists today, but it was KISS who saw the value in licensing before everyone else.

The Grateful Dead
Major change: While other bands from the ’60s through the ’90s were all wrapped up in record sales, The Grateful Dead realized the current Music 3.0 mantra way before anyone – “Your music is your marketing.” They encouraged people to tape their performances and share them with their friends, thereby broadening their fan base. Sound familiar? That’s what acts are doing today, only online.
Major change 2: The Dead were social way before social media, selling concert tickets directly, creating an engaged fan club, and promoting and selling special products and fan-generated materials through the fan club.

Journey
Major change: You don’t think of Journey as being at the forefront of any business dealings, but they were the first major act to go for a tour sponsorship deal (with Budweiser).
Major change 2: Journey was also the first act to own their own touring infrastructure, owning their own sound system, staging, and transportation.
Major change 3: Although the Stones led the way by being the first to lease their masters to the record label, Journey took it a step further by providing the artwork and marketing material as well.

Moby
Major change: Moby was the first artist to realize the tremendous potential of media licensing. When his Play album first came out it did nothing on the charts and was ignored by radio. That was before he licensed every song on the album for commercials, television and movies, then the record blew up.

The next time you hear the music of any of these artists, give a little thought to the behind the scenes influence they’ve had on the new ways of revenue generation they helped create.