Eliot Lewis: After Hall and Oates Tour, the Adventure Continues 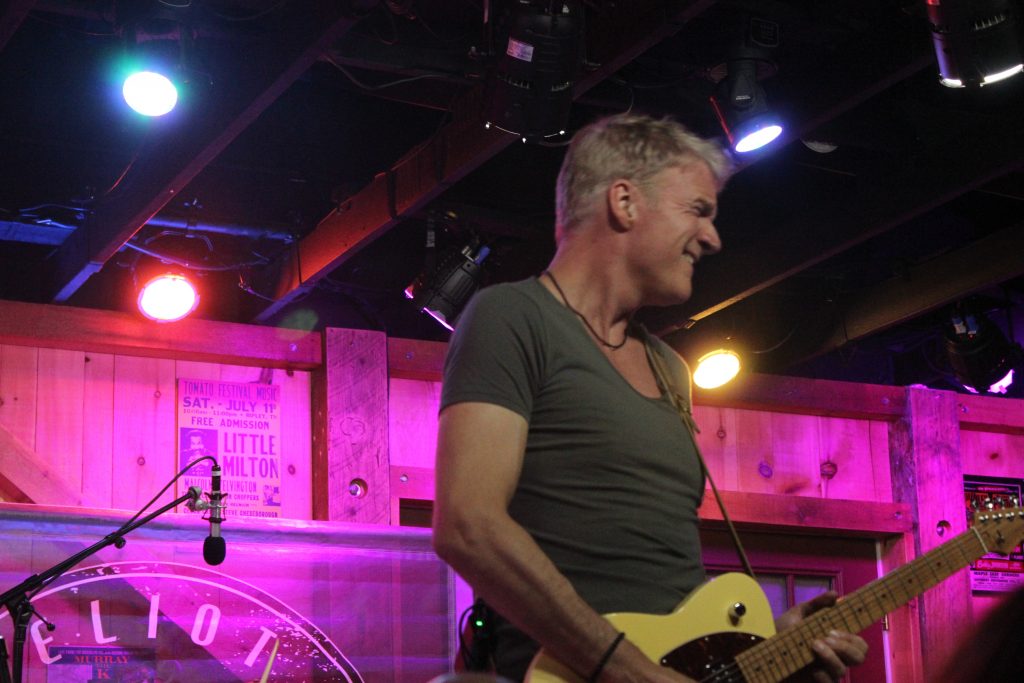 What does Eliot Lewis do for relaxation after a successful summer tour playing keyboards with Daryl Hall and John Oates? He keeps on playing.

Never one to let grass grow under his feet, Eliot Lewis continued his game plan of doing solo shows on off days while on tour with H&O. Now that the band is on a break before a couple more shows towards the end of the year, Lewis is still doing his own thing on the road. He is also back to recording new music, as well as getting ready for the upcoming season of Live From Daryl’s House, the award winning series where Daryl Hall invites classic and contemporary musicians to his club in Pawling NY for a day of talkin’ and jammin’. Aside from Daryl, Eliot Lewis is the only band member to be on every episode of LFDH.

When Onstage last caught up with Eliot, he had just released Adventure, his latest cd. There are many perks with having a career that is non-stop, but the downside is making time for your own work. Lewis is presently working on that issue, with plans to get at least an EP out before the holidays.

Eliot Lewis recently played a show at LFDH Club, accompanied on drums by fellow Hall & Oates teammate Brian Dunne, and Dee Sawyer on backing vocals. It was a high energy gig, very tight and very loose at the same time. Lewis ripped through much of his own catalogue, put his own mark on a few H&O songs, and added a few covers like Cheap Trick’s “Surrender,” and “Pick Up The Pieces,” from his time with the Average White Band. 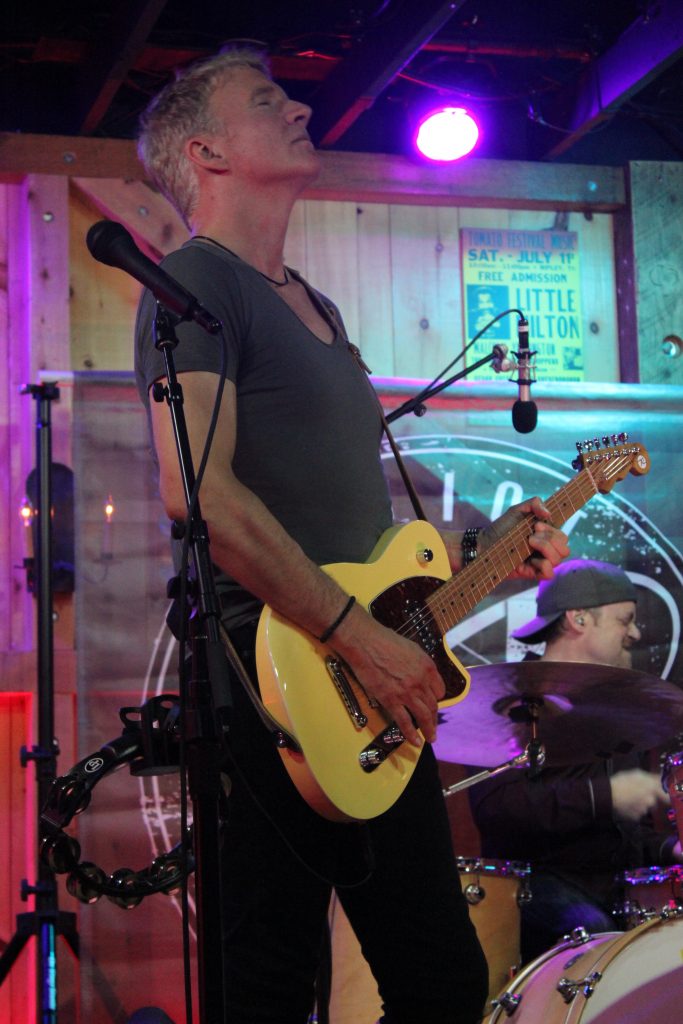 Onstage caught up with Eliot Lewis after the show to fill in the blanks on touring with Hall & Oates and what’s coming up for him professionally.

Onstage: Over the past few years, Hall & Oates had some great support acts like Sharon Jones, Tears for Fears, and Train. What’s it like when touring with such diverse acts?

Eliot Lewis: With Tears For Fears, we didn’t actually collaborate on songs together like we did with Train. I don’t know why, we could have. Somehow it never came up. They were actually a really good fit for us. In some ways they were even better than Train. I happen to like Train personally more musically. I like Tears For Fears a lot, but that’s more of an 80s thing, Train are more contemporary of course, but overall that package worked really well because it was two duos that are known for the 80s years. But I love Train. Train are an amazing band, I have so much respect for Pat. He is an incredible singer and entertainer, and the band is great. Sharon Jones was amazing. That was a little hard cause we knew she was sick. We would see her struggling at sound check and it was very difficult. Then she would just get up onstage and blow everybody’s mind. We were like “wow, how can she transform herself into that.” But I think the adrenaline and the love of music brought her to another place.

Different opening acts give a different start to your show.

Sure, it’s a different energy and I wouldn’t say one is better than the other. I mean Sharon Jones was just a powerhouse soul singer. Tears For Fears had these iconic hits, and Train has a massive following because they’re a current band. Train might have the biggest following of all. They’ve been around since the early 90s and have had continuous hits, so they had a lot of fans at the shows.

How did the single “Philly Forget Me Not” come together?

It was written before the tour and I’m not sure whose original idea it was, it was probably Pat’s. It was a good collaboration, it made a lot of sense. They were both really into it. It was a great idea to get us to all play together.

When was it recorded?

I wasn’t involved in it, but it was recorded probably about three months before the tour started. It was sort of done with studio musicians and a producer. I know Shane (H&O guitarist Shane Theriot) played on it. But that’s typical. Sometimes records aren’t made with the live band. It’s very common.

Let’s talk about Hall & Oates cool factor. When they were first successful they weren’t considered cool. But over the years it seems their music has become more appreciated.

I know what you mean. To some people they did, to others they didn’t. I know exactly what you mean. They had a formula, they were very pop, and you either loved that or you didn’t. I’ve known of Hall & Oates since “She’s Gone,” cause I’m of that age that “She’s Gone” was a monster hit. I’ve always loved that song. Then of course you hear “Rich Girl” and some of the other songs. But then by the 80s I was really turning myself into being a songwriter. So I could really appreciate their songwriting craft. I wasn’t going out and buying their records but when they came on the radio, I’d be like “wow, that’s a cleverly written song.” And every time I heard Daryl sing, I could tell it was Daryl. It was an identifiable sound that they’ve created, so I had a lot of respect for them. But you’re right, they went through this whole period where they were huge in the 80s, and although they continued, it wasn’t until the 2000s that this Hall & Oates resurgence happened and they became cool again. They got sampled, they got put in a lot of movie scores, so it’s a testament to their songs.

Pop has become cool again, that’s the weirdest thing. Rock has gone down…

Yeah, well hopefully rock is not totally gone yet. There’s a couple of bands that are bringing it back and keeping it alive. Every genre in music kind of ebbs and flows. Things go out of fashion, then they come back, so I’m not worried. I love rock. 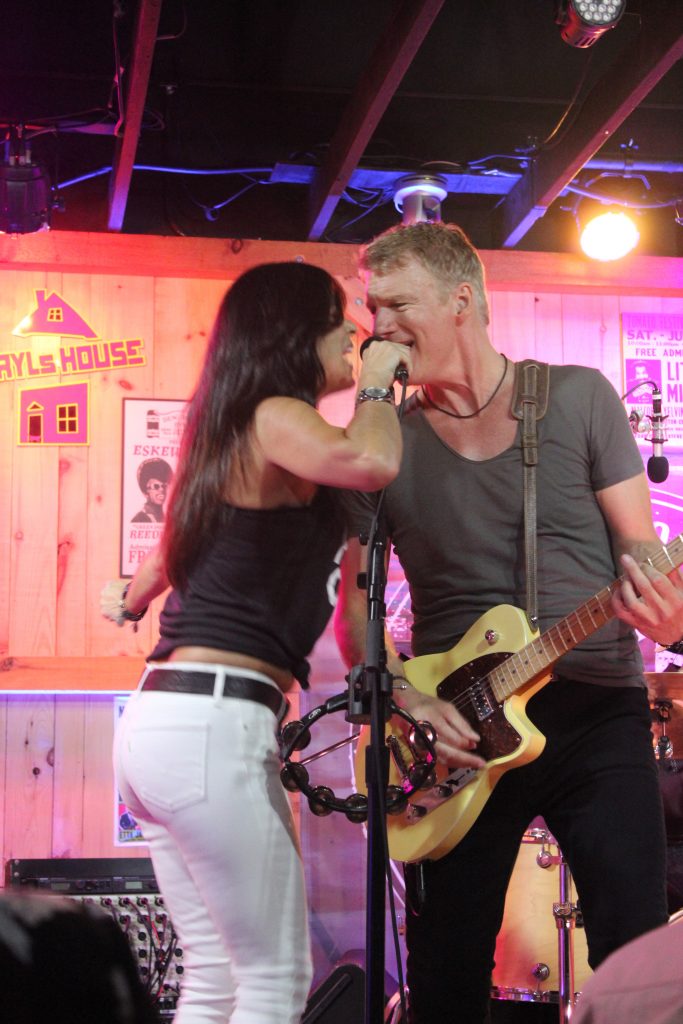 Are you looking forward to Atlantic City gig with Hall & Oates and the new Hard Rock?

I look forward to every experience that comes up.  I always have fun in Atlantic City. I used to go there and do solo shows too. I mean we did the Borgata with Hall & Oates every year since I was in the band. We haven’t done it in about four or five years cause they’ve been going into these arenas. But I think next year their plan is to go back into the smaller, more intimate venues. The arena tours have run their course and I think everybody is happier doing smaller places. It’s great to do these big, huge places but I feel I can connect more.

How crazy was it for you this time out with doing your side solo shows?

You know it seems crazy and it’s a lot of work, but I was able to do more than I normally do. For me, it’s all about scheduling, the challenge of scheduling. I get their touring schedule and I figure out where I can do a solo show on a night off. Hopefully find the right place for me and hopefully find that they have that night free. So there’s a lot that goes into it, but I love doing it. I’m able to reach places and towns and cities that would be hard for me to reach on my own right now. I just played in Seattle for instance and it was great. We played Florida, LA, I did Colorado, Portland, so it was really cool.

Do you get a chance to write when you’re on the road?

Oh yeah, I do. Because there’s a fair amount of time. We’re on the bus every night anywhere from four hours to fourteen hours. And every other day is a day off on the Hall & Oates tour. So if I’m not doing a show, then I’m working on music to some degree.

And you take your whole setup?

Yeah, well a condensed setup. Sometimes I just do the show on my own with some technology, with some backing tracks. But if the venue has a drum kit available then I always try to have Brian with me.

Yes, he’s great. So I would say about half the shows I do with Brian and half solo.

What do you have coming up as far as recording for yourself? Do you have a set of songs ready to go?

I do, I have a lot of new songs and a lot of new material. My intention was to have a record out by this time this year, at least an EP. The tour was longer and more broad than anybody thought, so it was a little difficult. I have in the past literally recorded some songs on the road while traveling, but that’s a very difficult thing. So I figured let me do it when I get back. I’ll have an EP out by October or November. I’ll have plenty of new songs for next year.

Do you know which ones have made the cut yet or is it a work in progress?

It’s a work in progress, but I have at least four or five new things picked out for it. And it will be one thing that was already written that I’ve sort of brought back to life. What happened when I put out this last CD, Adventure, the record company and Universal Music, we kind of cherry picked some songs that existed on my independent releases. Then I wrote some new songs and we put that all together. But they said if a song was on here then it couldn’t exist on this because of licensing. So I had to pull a few of my CDs off the market. So I have some things that exist that I’m rewriting but I have a ton of new songs as well. 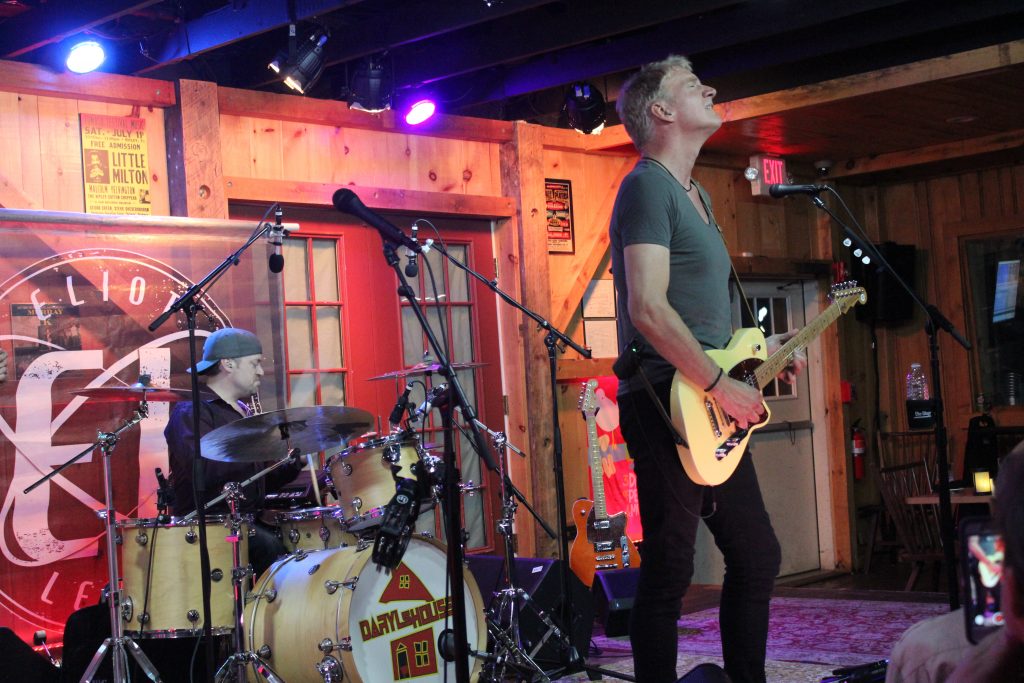 And… Live From Daryl’s House, will be starting soon?

We’ve heard that we might start production as early as late September or early October. I know it’s official, they’ve signed the deal, they’ve done the whole thing, it’s got the green light. So I think all they’re doing is trying to find the guests now, schedule the dates. It will definitely go over the winter. Daryl basically wants to have five or six episodes done by the end of the year. I think we have sixteen shows contracted with BMG for the first run. And the big thing about this is it’s a world-wide deal. It ended up on MTV for the past four or so years but just for The States. This deal is a world-wide deal, so that’s why it’s taking so long to put together. It’s a much more extensive deal for the show.

Do you know any of the guests for the show?

No, no I don’t. I know some names that want to be on the show. I know Robert Plant seemed to want to do it. Dave Grohl. I know Daryl would love to get Paul McCartney and Elton John. We’ll see who we’re able to get. There’s a lot of scheduling and we all suggest people. I have a whole bunch of new more contemporary bands and artists that I follow. So I always put in my two cents. Like the Cheap Trick thing, I had to bug Daryl for five years. He loves Cheap Trick but I literally, every time we’d talk about who to bring on, I’d be “Cheap Trick, Cheap Trick.”

Hall & Oates have two more shows before the end of the year. Info can be found here